What is frozen shoulder and what can you do about it?

Frozen Shoulder or Adhesive Capsulitis is a condition that affects your Shoulder Joint. Your shoulder joint contains the interaction of 3 bones: Your Humerus (Arm Bone), Scapula (Shoulder Blade) and your Clavicle (Collar Bone). These 3 bones join to form a ball & socket joint. This joint is covered in a fluid aimed to keep the joints lubricated and moving nicely, this fluid is called Synovial Fluid, the joint if effectively wrapped in a sheath to keep the fluid inside it, called the Joint Capsule 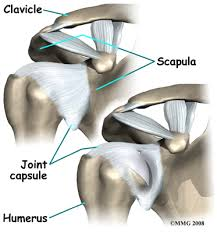 In most cases, it typically comes along as pain and stiffness that develops gradually over time, gets substantially worse, then disappears. Although it disappears it can take a LONG TIME, some research suggesting up to 3 years.

With a frozen shoulder that capsule that we mentioned earlier becomes thickened and tightens so much that it makes moving the shoulder difficult. Bands of scar tissue then begin to form on this capsule – scar doesn’t move as freely as normal body tissue. Along with this there is less synovial fluid around at this time too. So if we were to imagine it in a purely mechanical manner the shoulder joints casing becomes rusty, with less grease available to keep it free and loose.

What Are The Symptoms? 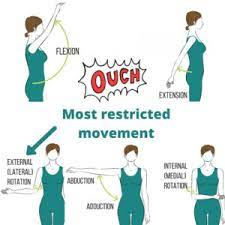 Although slightly argued by some research, the current consensus on frozen shoulder is that it typically develops slowly over 3 phases:

So What Causes This?

Unfortunately there is no clear cut as to why some people get this issue. But there are some factors that seem to put people more at risk of it.

Frozen Shoulder unfortunately happens more in women than it does in men, generally hitting over the age of 40 and under the age of 80.

There appears to also be a link between times of immobilisation of the arm. So, for example if you’ve had a recent surgery or injury to your arm in which you have not been moving it much, or have been in a sling.

Those who have had strokes are also in the more at risk group, this is down to again perhaps the lack of movement in the arm due to the stroke itself.

Certain systemic diseases are also seen as risk factors too; Such as – diabetes, thyroid disease, parkinsons and cardiovascular diseases.

How Do I Know It's Frozen Shoulder?

With this, our first advice is to seek the correct assessment and information. There are so many other moving parts to the shoulder itself, correct assessment is key. This is vital as frozen shoulder can mimic other shoulder problems in its early stages. Get in with your local physio/physical therapist or doctor. Ideally someone who will do a movement assessment and can guide toward the right path.

On a movement assessment, things that would be highly indicative of frozen shoulder would be a limited range of motion both passively and actively. The movements that would be restricted are flexing the arm forward, raising the arms out to the side, and rotating the arm inwards and outwards.

The next step would likely be to get a scan to rule out other issues such as boney damage, rotator cuff issues, and arthritic conditions – or blood tests to rule out rheumatoid issues.

What Are My Treatment Options? 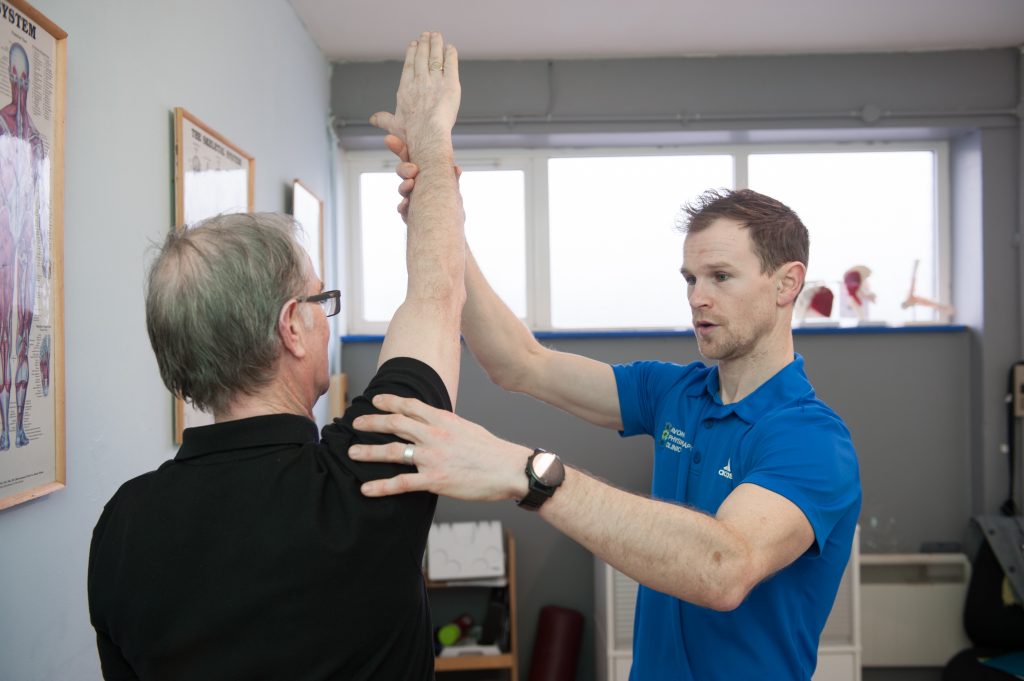 In conclusion, frozen shoulder is not a pleasant experience. That said it does not have to be all out hell. Early Assessment, Diagnosis, Education and Physiotherapy can help reduce the onset of the worsening phases.

If you found this information helpful, great.

If you know someone suffering from a suspected shoulder injury – share this with them.

If it’s you, and you want to put your best foot forward and get ahead of things – contact us here at APC Physio & Sports Clinic.

How to stop Back Pain during House Chores

Should I Squat Deeper?

Why Do I Have A Stiff Neck?