Steven started at APC in March 2019. He is a Certified Athletic Therapist; he gained certification in 2014 after completing a BSc (Hons) in Athletic Therapy & Training in Dublin City University. His skills are specialised in musculoskeletal injuries & pain.

Steven started his career predominantly interested in sporting injuries, gaining experience with 2 physiotherapy clinics and several sports teams. He then worked in New Zealand for 3 years with New Zealand’s largest and multi award-winning Health, Fitness and Rehabilitation group; here he became mainly interested persistent long-lasting injuries and pain management in patients of every age from elite athletes to general population. Over the last several years Steven has refined his approach to practice heavily focussing on patient education, exercise rehabilitation, injury prevention while using a holistic method.

Steven played Gaelic Football for most of his life, representing Westmeath at every level. He is still a keen sportsman and is now particularly interested in Mountain Biking and Gymnastics. 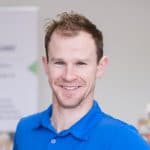 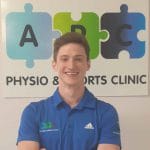 Click the button below to request a free call with one of our Physios.